Overwatch is online Multiplayer video game, which is played by teaming up with friends. Overwatch game was released on May 24, 2016, and since then it is one of the most addicting online game Developed by Bizzard Games. It has also won Game of the Year Award. It has the famous characters named as Tracer, D.Va, Mercy, widowmaker, Soldier, Mei, Hanzo and much more.

Here is the bunch of Beautiful and Amazing Overwatch Wallpapers in 1920×1080 Resolution. Overwatch assigns Player into 2 Teams of 6 with each of one selecting Their own special character the most liked. All of the characters have their own Special and unique abilities so called superpowers. There is also Map used for fighting and getting the idea, where are the enemies. This Game is available on Xbox as well.

We have Big Collection of User Submitted Overwatch wallpapers for Mobile. Click on the image to see in full size and download for your background as well. Mobile Wallpapers of this category is in the resolution of 1080×1920 which is Best for almost all the smart phones including iPhone Android.

In a time of global crisis, an international task force of heroes banded together to restore peace to a war-torn world. This organization, known as Overwatch, ended the crisis and helped maintain peace for a generation, inspiring an era of exploration, innovation, and discovery.

After many years, Overwatch’s influence waned and it was eventually disbanded. Now in the wake of its dismantling, conflict is rising once again. Overwatch may be gone…but the world still needs heroes.

See the trailer of the game: 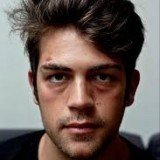